The device is designed as a wristband to be positioned on lower and upper limbs. It allows the acquisition of muscle activity with 8 EMG (surface) sensors in order to be able to control a virtual limb on an application and is coupled to a vibro tactile feedback (called sensory feedback) with 8 vibrators to stimulate the sensorimotor loop.

Muscular activity is detected by so-called “dry” electrodes at a frequency of 2000 hertz and allows movements to be made on an application recreating virtual limbs (Avatar). It is also possible to create applications in the form of educational games in order to retranscribe the activity detected to move objects.

We already made several clinical studies and patients tested were able to move the avatar immediately. 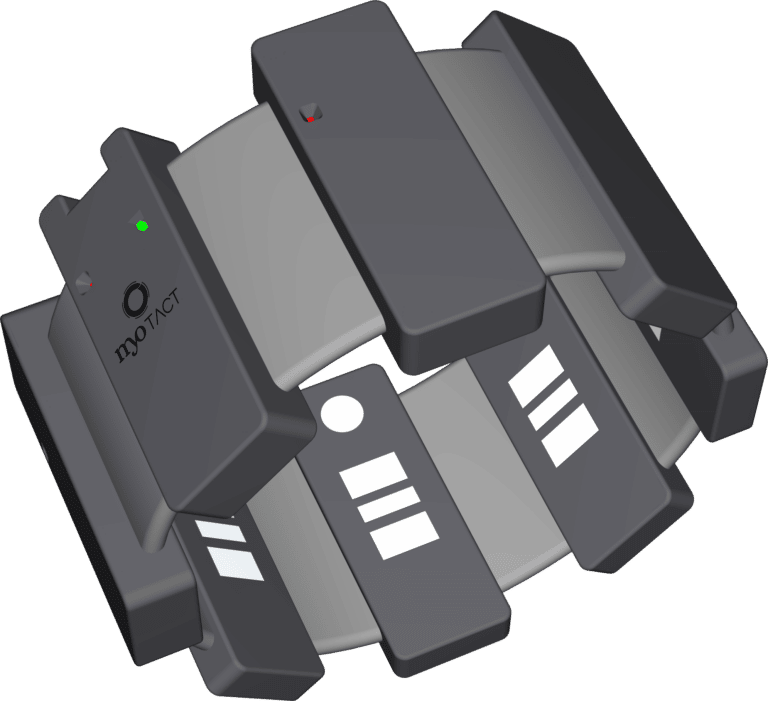